I feel so far removed from the girl who wrote this: 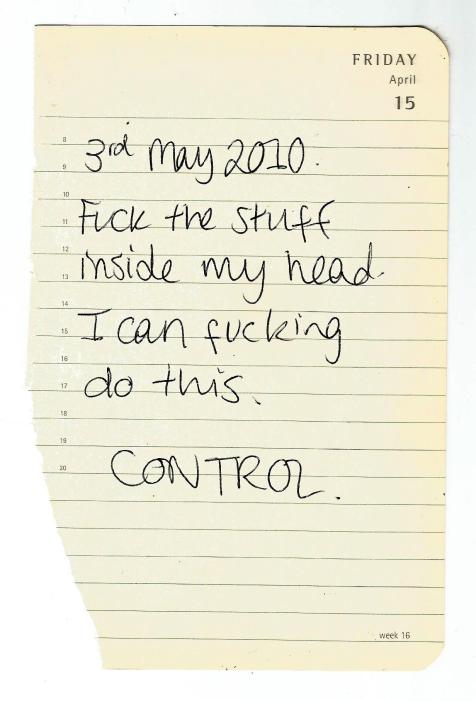 (It’s a page from an old diary of mine and I recognise the unusual handwriting from other entries that I wrote when I was in a state of mania, psychosis or a mixed episode of both).

The optimism and determination on this page feels so alien to me right now; I am trying desperately to muster a fraction or even an illusion of either feeling, since it is apparent that I was capable of these feelings once upon a time and should therefore still be capable of conjuring them now, but it is proving futile.

Today, there is nothing. Physical pain is overriding my mental pain, and for that I know I must be grateful but it is still pain: pain, pain, all the same.