I’ve had a really mixed week.

Had one mini breakdown on Monday and a full-blown depressive breakdown + horrific panic attack on Thursday.

The latter episode really knocked my socks off. Physically and mentally I felt the same as I did after my most recent suicide attempts, despite not actually hurting myself or making any attempt on my life. And I don’t cry much these days, so crying twice in one week just exhausted me.

But then I enjoyed spending time with my niece and nephew, and hanging out with my lovely daddy. My nephew had his 3rd birthday party today, and seeing happiness on his little munchkin face is truly the best thing in the world.

Oh, and all week I’ve been speaking to a really interesting and ridiculously good-looking gentleman, we’ve been getting on like a house on fire and I really thought that something may actually come of this…

Yeah, apparently he’s famous. Of course I didn’t know because I don’t watch tv/read stupid magazines. I had asked him what he did for a living and he said he was “between jobs” with is a bit sketchy anyway, but then I read the weekend’s tabloid newspapers and his face is in every one.

I know you shouldn’t believe everything you read, especially in the Sidebar of Shame, but it appears that he’s really not a gentleman and his agent just dumped him so he’s got zero work and a bad reputation.

Thanks, but no thanks *deletes number, runs for the hills*

To stay out of the pub I’ve been reading lots, doing some ink drawings, planning poems, researching for my novel and whitewashing old canvases.

I really had fun editing this series today but can’t decide which one I like best because they all reveal different things, although to the untrained eye I bet they all look exactly the same hahaha. My mind is so tired, I have no idea what my angle is for this. 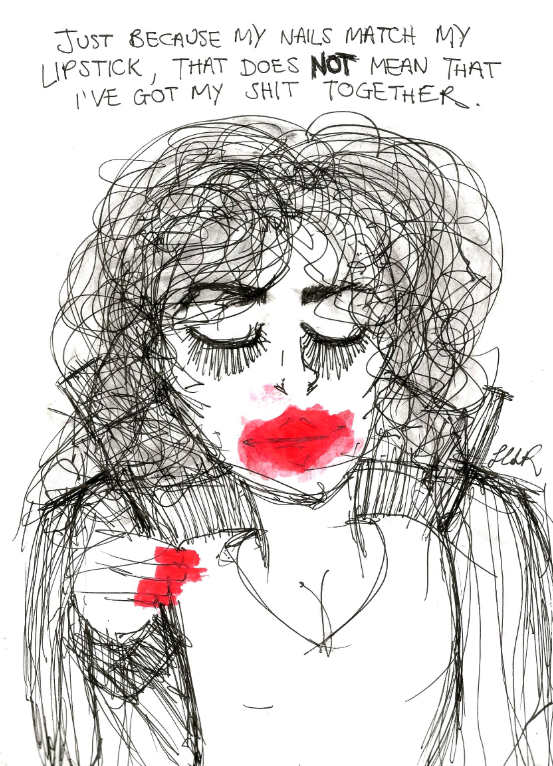 Please let me know which one is your favourite! And thanks to everyone who read Willow, I’ve been working on it since August of last year so I’m really grateful for those who took the time to read it :)