My life recently seems to be comprised largely of clichés. As a writer, this is disastrous. Clichés are vile. Cliche represents an under active imagination and lack of creativity. My brain is so tired, I have begun to think in clichés.

When I saw Bob Dylan perform live the other week, something extraordinary happened. He sang a deep, haunting rendition of Autumn Leaves. 10 years ago I decided that Eva Cassidy’s version of Autumn Leaves will be the last song I listen to before I take my own life. 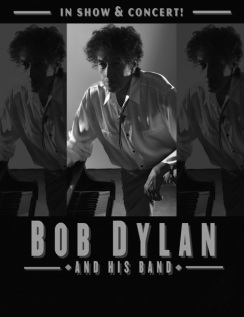 Hearing Dylan sing it gave this song a new meaning – his voice went straight into my heart, rattled my bones, got under my skin. His voice was stuck in my hair, tucked in my coat pocket, hiding under my nails. I was totally enchanted. Bob Dylan singing my suicide song. Wow. I thought,

“How the hell am I going to capture this in words?”

The only thing I could think of was that old cliché, that I felt like I was the only person in the room and that he was singing to me, for me. But while describing the experience like that is so trite, it is annoyingly accurate. I genuinely felt everyone around me evaporate, just melt away, apart from me, there, center stage, 19 rows away, listening, and listening, and slowly shaking my head in amazement. And I was the only person in the audience. Bizarre, but magical.

Around 8pm I was having a smoke on the roof where I can see all of north, east and central London plus Hertfordshire. Fireworks were flying everywhere, obviously, and yet all I could think about was how the sky is on fire, how London’s burning. Surely I can think of a better way to describe the explosions. But no. Where I couldn’t see fireworks but could see the flashes of white light I thought that the sky over London would’ve been like this during the Blitz. I thought about how the sky and the noises are like this for people in some parts of the world all the time. The parts getting bombed. The parts getting bombed while we stand around ooh-ing and ahh-ing at terribly expensive, vaguely pretty explosions while eating baked potatoes and/or throwing fireworks at innocent police horses.

When I saw a schoolgirl get hit by a Land Rover right in front of me this afternoon, the only way I could think to describe it was that it all happened in slow motion: cliché but true. She went flying through the air, much higher than people usually go, and she landed so far away from the car. But from the moment her body hit the bonnet (god, that is a horrible sound) to the moment she smashed down onto the road, it was all in slow motion.

I noticed her muddy socks, her rucksack flying off her shoulders, her friends screaming, the driver panicking, the way her school kilt had unfortunately blown up to reveal her childish knickers, the way she landed on her left side. All of it. She had a yellow hairband and a grey scarf. She goes to the catholic girls’ school that my sister went to. It was all in slow motion so I had time to notice everything, but *cliché alert* at the same time everything happened so quickly, things are a blur, it was all so fast.

I don’t want to write about it anymore because it really sent me into shock but the girl should be okay after treatment and rest, and hopefully she will never run in-between traffic again.

Everyone in rehab conforms to the recovering addict stereotype.

We all tremble. None of us really want to be there. We are all anxious, fidgety, impatient. We are all depressed. None of us get enough sleep. We all drink too much coffee. We just don’t really look too great in general.

We nod in agreement, we smile for encouragement, we applaud when we’re meant to. The leader says everything she’s supposed to, every addiction and recovery cliche that you’d imagine. It helps. If someone tells you something enough times you may start to believe it.

The Tate Modern is being refurbished, so there are workmen in hi-viz and hard-hats everywhere, along with piles of wood, metal and other materials. I noticed some builders leave their indoor work area to have a smoke outside. A minute or so later, I saw a group of tourists excitedly snapping photos of the rubble and debris that the builders had been using. They thought it was an exhibit. Quite a crowd gathered to look at the work area. Some were looking around the walls for the information plaque. A couple of students were scribbling in notebooks. Suddenly the builders came back and everyone realised that it was not a work of art, so they scattered, embarrassed. One boy, aged around 9 or 10 kept on sketching the rubble and this made me smile. How can those girls say they do not believe in art? It is everywhere. Art is everything, if you make it so.

I have been sober for 28 days. I’ve been writing a lot but have nothing publishable yet. I will do some editing tomorrow and post some new things on here.

Thank you again for your patience and support xx