On the plus side of life, I made a huge fuck off dish of macaroni cheese and it was the best I’ve ever made it, so that’s good. I’m excited for my care-coordinator to phone and check that I haven’t topped myself so I can tell him I made some food and ate it. He’ll be pleased. I won’t tell him the secret ingredients are breadcrumbs and chilli powder. 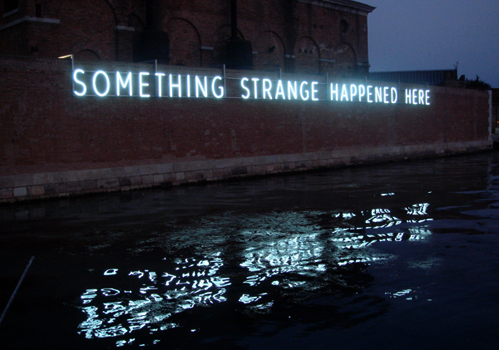 I have almost completed my first sober weekend in a long time. I’m anxious because I haven’t done it yet and could still potentially hit the bottle tonight but I don’t want to think about it, I’d just like Sunday to be over so the weekend is over.

It’s strange being sober on the weekend. I watched a film, which is weird because normally I’m too hungover for that. It was called Howl and was about Ferlinghetti’s City Lights obscenity trial over the publication of ‘Howl and other poems’ by Allen Ginsberg. I did enjoy and appreciate the film, James Franco portrayed Ginsberg very convincingly and I liked the trippy animated segments, but I definitely loved Kill Your Darlings a whole lot more. 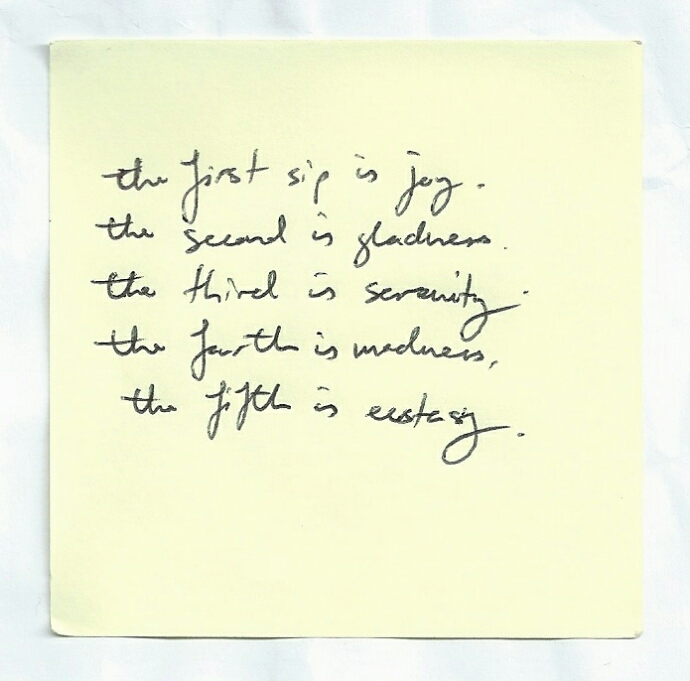 The first sip is joy, the second is gladness, the third is serenity, the fourth is madness, the fifth is ecstasy // Jack Kerouac // source

Actually I’ll leave you with a nice quotation from Kill Your Darlings, in which Allen Ginsberg is played by Daniel Radcliffe.

Be careful, you are not in Wonderland. I’ve heard the strange madness long growing in your soul. But you are fortunate in your ignorance, in your isolation. You who have suffered, find where love hides. Give, share, lose– lest we die, unbloomed.

I have suffered, I will find where love hides. But not tonight. Tonight I will fall asleep, and perhaps tomorrow I will fall in love. We’ll see. X

Tell me what you think! x